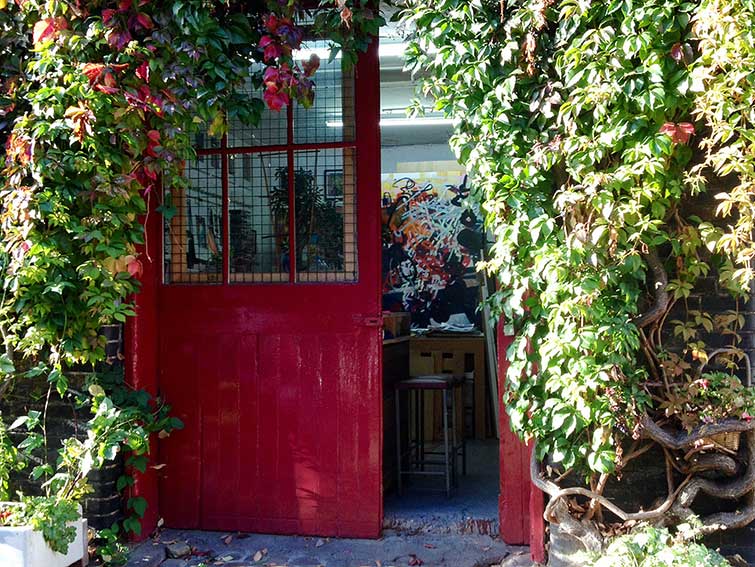 I work from a studio in Iliffe Yard just off the Walworth Road in the London Borough of Southwark. Iliffe Yard is part of of the Pullens Estate comprising private and public housing surrounding workshops in 3 separate cobbled Yards. Originally built in the 1870s as artisan workshops these Yards, Iliffe, Peacock and Clements, were linked to adjacent flats and were early precursors of the modern concept of work/live units.

“Today the Yards house a unique mix of some of the best artists, designers and craftspersons in the whole of Southwark, if not London and beyond. The range of skills and expertise, which sprung from the visions and ideals planted when the Yards were built, have continued into the 21st Century. Currently the Yards house: fine artists and sculptors, ceramists and potters, jewellers, silversmiths, paper conservators, designers, graphic artists, web-designers, architects, furniture designers, furniture makers/restorers, video and film makers, photographers, writers, printers, publishers, musical instrument makers and theatre and film costume makers, to name a few.” George Nicholson

“Southwark should be extraordinarily proud of its cultural developments over the last twenty years. With Tate Modern, the Globe, the Fashion Museum, the Design Museum and many other creative activities – Pullens Yards must continue to be one of them.” Terence Conran

These extracts are from George Nicholson’s book, “Made in Southwark – A photographic celebration of the hand” published by Civic Books 2005, an excellent photographic record of the diversity of trades and occupations in the Yards.